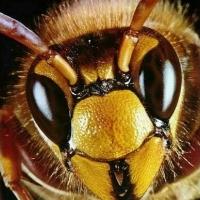 this is only for information.

Map Gisland had connect problems for some players - i must use 3 x disconnect. ( some other too )
Map Strike2 was lagging for all ...maybe for ca. 1 minute...somewhere in round. Maybe not a map failure.....i think it was a temp connect problem.


THX to all for work at OGHF Severs and so much fun with new maps and all other !!!!!!!

Accepted Answer Pending Moderation
0
Votes
Undo
Thanks Dooooonald
Comment
There are no comments made yet.

Accepted Answer Pending Moderation
0
Votes
Undo
Hi Dooonaid
As others have said, thanks for the feedback. It helps hugely.
We are aware that some of the maps on the test server have real issues. That is mainly why they are there on that test server, to test and see how they run and get feedback from players like yourself.
Strike_2 does work for some and not others. But won't work at all on the main servers. Gisland also has this problem. Flatsix the clan leader is aware of new map issues and will look into it when he gets a minute.
This is the reason we at present are not adding new maps to our main cod4 servers. As if there is and issue with a problem map, if we have no 80 Admin around, no one else can eject the map.

So hopefully Flatsix can sort the issue in time.

Accepted Answer Pending Moderation
0
Votes
Undo
Nobody can change anything if nobody reports, and I always like to help when it's wanted.
Test servers are for testing and feedback is important

Also we have problems with some maps.
But we also have to experiment until it works.
We suppose:
Some mods do not accept all maps - or vice versa.
Some maps will be damaged or overwritten if you download maps while playing on other servers. These maps only accept certain mods.
If these maps get to the ftp server, it is like an unknown file for your own server.

For example:
We have two Star Wars servers.
One for Version 1.6 and one for 1.7
But some maps from 1.6 do not work on 1.7 and vice versa.
After finding "broken" map files, I replaced them with maps from the other version.
That was a lot of work afterwards for a mistake.
But - that's just guesswork.
Fact is - after reinstalling all maps it works again.
In 1.7 we have problems with the Start Wars redirect - for the players it can take 10 hours to get ONE !!! map download. No wonder no one is playing there.

PLS Remember - that's just guesswork and no safer information.
None of us is TI expert - we are only 2 people left for 3 German servers and 2 people for 133 servers from Texas.
Especially with the Texas servers, it is problematic because my English is not good.
Of the 3 people in total i am the beginner and have the worst knowledge.
But I continue to learn and admire your organization. The OGFH servers are running well and are fun. Many players are with you.
As far as I understand correctly what can be seen on the OGHF page, you also manage other games on servers.
That's certainly a lot of work.

Nevertheless, I would like to ask:
Does any of you have any idea how to speed up the redirect on Star Wars Server? What can be the problem ?
Does somebody has any idea ?
I do not want to ask Flatty, he already has enough work.

And now I want to play a round of Overgown :-)