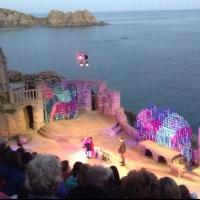 Plain Courtesy cost nothing but lack of it in time may cost everything.

I was in our local PC World about 18 months ago, and over heard a customer saying their PC had broken, could it be fixed? After looking at it, the shop assistant laughed and said. "What do you want me to do, look at it or throw coal in it." I almost said to the customer, "Tell him to stick his advice. But I bite my tongue on moved on.

The shop closed its door at the weekend for the last time. Obviously not because of that but who knows. Little acorns etc. I have never forgot what that bloke said that day, and have never brought so much as a memory stick from them since..
0
Tweet
Comment
There are no comments made yet.
Responses (3)

How you perform tomorrow is how you prepare today.
Comment
There are no comments made yet.

Accepted Answer Pending Moderation
0
Votes
Undo
Good story..i got one for ya.

I went to a store(forgot the name) to repair my walkman.. (thats how long ago that was..

.)
The lady asked me what was wrong with it... i said,"the tape is playedback much slower then it's supposed to."
So she wanted to hear for herself, but.. with her own music, as she probably wouldn't like mine.. (Queen, btw..!)
She told me after listening, there was nothing wrong with the device... DUH!..

So i suggested to try mine again.. she reluctant gave in and had to agree, that the song (We Will Rock You.)
sounded more like a slowsong then the stadium anthem it was supposed to be.
So she sent it for repair to, i don't know where...

After a few weeks ai got a phonecall saying my walkman was fixed, so i went and pick it up.
She handed it over and told me it had been repaired...
I took a look and discovered that not only had it been fixed it was painted aswell.
I took a white one to repair and got a blue one in return..
I didn't say a word, walked out the store to never return there again.
The walkman gave me some nice years of musical fun tho..

Cheers Rob.
Comment
There are no comments made yet. There are no replies made for this post yet.
Be one of the first to reply to this post!

Please login to post a reply
You will need to be logged in to be able to post a reply. Login using the form on the right or register an account if you are new here. Register Here »
Forgot Password?
© 2018 by Old Gits Having Fun. All rights reserved. OGHF Pot