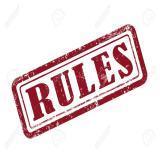 Let ensure the OGHF roll's on into the future..

2 years ago
·
#2110
0
Votes
Undo
Admin / Owner,
I read this Code of conduct and fully agree with everything.
I used to be SA (Senior Admin) for an extinct clan (I think they are) called DEA under the leadership of Red and Nick.
They had basically the same rules and Code of Conduct.
We also used to use the old RCON for admins.


There are no comments made for this post yet

There are no comments made for this post yet

kitty
There are no comments made for this post yet
There are no replies made for this post yet.
Be one of the first to reply to this post!
Please login to post a reply
You will need to be logged in to be able to post a reply. Login using the form on the right or register an account if you are new here. Register Here »
Forgot Password?
© 2021 by Old Gits Having Fun. All rights reserved. OGHF Pot